Throughout the years we have written about numerous animals that have disrupted our tranquil state of mind and have given us pause to contemplate why there were put on this earth in the first place. 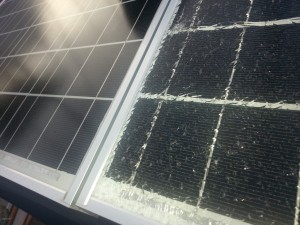 Those that come immediately to mind are; jellyfish, roaches, snakes, bee’s, no see-ums, moths, flies, gnats and the occasional tourist.    All of these have interfered with us having a perfect time in some gem of a spot that only cruising can find.   In most cases we have had to pay for their visits only with our own discomfort.  In rare cases we have actually caused damage to the boat trying to evict these unwanted tenants but never have they actually cause any more damage than just a superficial wound, bit or sting.   Well, that has all changed.

This last weekend we moved a bit closer to East Oakland or Oak Town for those with a bit more street in them than the average reader.

By gunshot I imagine we are about 0.25 seconds away from Oakland notorious International Avenue and Fruitvale station and there recent 3 shooting deaths, but we are protected by the Alameda Moat so who’s counting anyway.   No longer do we have a protective barrier of boats to shield us, but the view of the ocean going traffic that moves up and down the channel is worth the added danger or so we thought last week.  Today we are reconsidering.

We have been experiencing some wet weather lately.  Not really Seattle or New York weather but soggy just the same from our point of view.  It only dried up yesterday and so after nearly 5 days we were able to put some cushions out in the cockpit and had a chance to enjoy our new location.   Bill had come home early and was a bit fussy, but with a drink in his hand he seemed to relax a bit and went out to enjoy the sun and view.  Lisa was on her way out just before she heard the words she just hates to hear Bill utter, No not “Get me a beer bitch”, but rather..”You’ve got to be kidding!” Not really alarming to most but it was all she needed to hear before stopping dead in her tracks and cringing as she asked, “what now”?

The list of refit items needed on the boat over the last couple of months has never quite reached zero, so any exclamation is usually a realization that there will be another bit of spare change tossed into our wishing well, in hopes it will be the last.  We were actually feeling pretty good about everything at the beginning of February.  So much so that we opened up a new project that didn’t even require replacement.  Lisa just felt it was time to replace all the wall paper in the boat.  Upon hearing the words she had other thoughts.

It took Bill a minute just to form his thoughts around the problem but finally he got it out.  “The solar panel is shattered”!  Solar panels should last 20 years.  We have had to 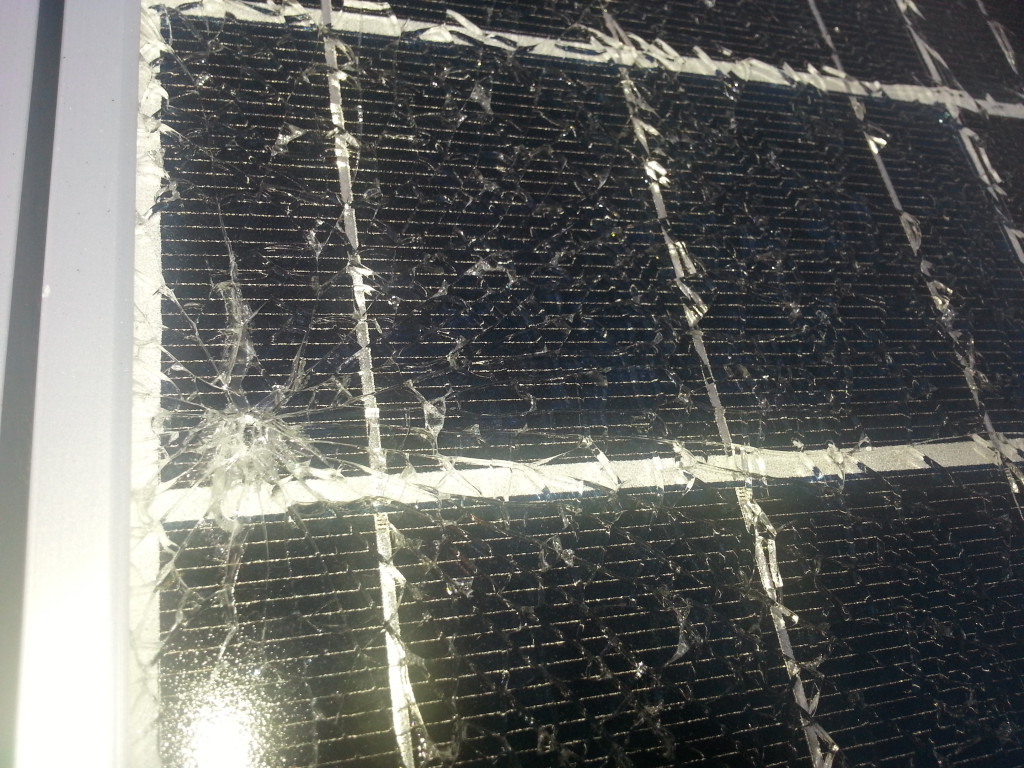 replace our solar booster before but this was completely uncalled for and just seemed to the boat rebelling and having nothing else to break down (trust us, it’s all been replaced), decided to do the unthinkable and have us replace one of a set of panels.  It didn’t take long to discover the real problem, a gunshot wound on the outer edge of the solar panel glass.  From our thorough cursory inspection it appeared that a small caliber bullet had probably been shot up into the air (most likely from either a Bart policeman or some gang member practicing his Tony Montana’ moves and tripping over his baggy pants) and it just happened to drop down on our side of the moat, Thanks Fruitvale Gangsta’s.

So we will be parting with another couple of boat bucks later this month when we find a replacement.  The frustrating part of all this, besides having to pull and replace the panel is that preliminary checks so that our 65 watt replacement panel will most likely cost us more than the new 290 watt panels that are offered up everywhere, assuming we can even find a match.

Enjoy your commute, and if you are in the neighborhood, wear your helmet as you drive by…get it, “Drive-by”.