We got Lisa off to the airport yesterday. 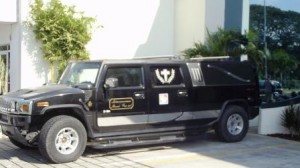 She plans on doing a write-up in the next week or so detailing what actually happened after Bill left her in the airport ticket line but the trip to the airport was actually quite a struggle in itself.

We had planned for an easy night the night prior to Lisa’s flight.   Cocktails were fixed at 6 o’clock and Bill started the chicken around the same time so it would be ready before 9 pm.   After the sun went down we thought we would give our friends on Albion a call and see if they would like to have a quick drink before Lisa left.  The drink with George and Tulli turned into dinner and a final good-bye around midnight. 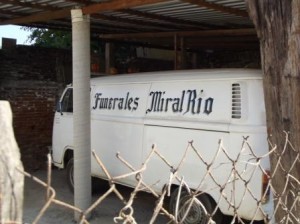 Five in the morning rolls around pretty early when you have attended fiestas all week, celebrated a birthday and then top it off with some late night high-jinx.   Bill awoke to the sound of Lisa struggling through the early morning but quickly put on a faux face on and offered many bright “good mornings” to her for the next couple of minutes.  “I don’t know how you do it”, she said.  “Drink all night and wake up all giddy, it not right”.  Regardless of our moods we quickly got ready and called the 24 hour water taxi.

After 10 minutes we decided we needed to get rolling so we packed up the dinghy, gave up on the taxi and roared into town only to meet the water taxi at the dock.   Because of the amount of time we expected to be gone we woke the taxi driver and told him to follow us back to the boat.   Several minutes later we had unloaded the dink, packed the water taxi and were arriving back in town to get the Chevy Matiz started and rolling towards Puerto Vallarta, unfortunately Bill forgot the directions to the street that he had parked the car the day before.

It seems silly that in a town of 4,000 people you could lose directions but really this town is laid out like Oakland or Boston, and if you have ever been there you would know what I mean.  Roads that lead to no-where, one way streets, street that are laid out at 45 degree’s to the others, streets that start, are interrupted by buildings or rivers and then start again some where else, in general a mess.   The only identification he had was that the street had a meat market who’s logo was a cow stewing up a pig in a vat of boiling water.  Lisa waited by the Thrifty Ice Cream store while Bill clomped around Barra looking for the car.

The car was located and coffee was 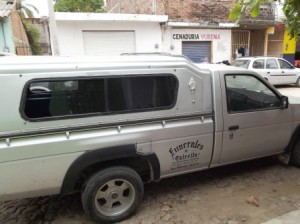 needed so the next stop was the local Kioska or 7/11.   At this time Bill began to struggle a bit.  The coffee helped but sleep would have been much preferred.  Another 20 minutes along the 3 hour ride and the road turned twisty and hilly.  This is where Bill really began to struggle as the head ache that he had belied earlier with a cheerful “good morning” really started working hard.   We found aspirin  but honestly we both struggled through the next 2 and a half hours of driving which included 10 miles over a gravel road, 15 more over ruts and pot-holes and then the final nail was pounded into our heads when we hit the cobble-stone roads of Puerto Vallarta.   We got breakfast with another friend an then headed to the airport.

Bill has written a page on the challenge at the airport and it might be worth a read if you have a spare minute between updating your boss’s records and checking your Facebook messages.