“75 feet” at the water.  Lisa was yelling back to Bill.  We had laid out just barely enough chain for the conditions because Bill said he was too lazy to wash off the normal 150 feet that we would usually lay out if we were in Mexico or any other anchorage.  It didn’t matter, we were anchored:  Away from the dock. Away from the neighbors.  Away from every thing we have seen as normal for the last 2 months.   It felt good! 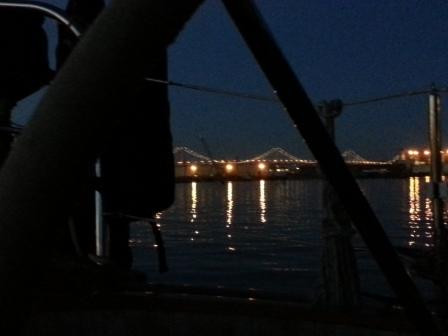 Our scope was almost 3 to 1.  If you are from Winters we are talking about the amount of anchor chain between the boat and the anchor in comparison to the depth of the water.   For most of you that would sound like a lot as many of our friends would think that 26 feet of rope would get your anchor to the bottom with a foot to spare, but really it didn’t matter; Lisa was happy to be out of the slip and some where’s (sorry a Captain Ron slip) other than Fortman Marina.  We celebrated with an anchor beer and took in the warm winter sun that San Francisco usually offers this time of year.   Central Basin is one of our old haunts and being here brought back a lot of memories.   The water was clear and cold.  The ships in the yard were still being rebuilt as they had for decades, and the bay was peaceful.  Mostly we were thrilled to be drinking a cool beverage without the yank of the dock lines holding us in a still pattern of nothingness.

We had a great “passage” of nearly 5 miles.   We don’t remember 5 miles actually being so long but even though we spent nearly 45 minute running the engine to get here everything performed just as it should.  The 120 volt refrigeration fired up and burned off the excess amps that the alternator was shoving into the batteries, the bow-thruster worked when we asked it to, the radio was blasting our some great Spanish Guitar and we had a wonderful time just chewing up the deposits of so many Dinosaurs’ who died eons ago. We had nothing to complain about.

Sitting in Central basin, the heart of San Francisco, the haunts of the infamous Hell’s Angel, we were content.   Lisa exclaimed that her place in the world was on the hook and Bill believed it.  Everything was just as it should be.   As much as we would like to complain, we were content.

After we filled our big bellies with our favorite “just before noon” drinks we fired up the dink and took Sparky on a quick ride up to South Beach.  We explored the houseboats parked under the freeway, saw Pac Bell/Monster Park and the imposing boat show of Clorox bottle boats and reviewed the Mariposa, Hunters Point Yacht Club before returning for a couple of more “Passage beers”.  Before moving into an afternoon coma that we hadn’t had in several months, Bill strummed out a couple licks on the Ukulele.  Not a bad way to spend a Saturday.  It felt good to finally do absolutely nothing.  Warmth of the sun, comfort of the beer, calm of the music being played and the soft swell of the occasional Pilot boat going by, it was siesta time.

When we both woke up it was time for a bit more Ukulele.  This time on the amplifier. Fender of course.  We were sure that the Hell’s Angel’s were fan so  Bill cranked it up just short of 11 and began wailing out a little Surf music, all was right in our world.

By sunset we had chicken smoken’ on the BBQ, the ice cubes were coming out of the freezer just as fast as our rum could melt them and the lights of the city twinkled in the west.   Everyone says it’s not a party till the cops show up, and almost on queue, when we finished dinner the sirens started.

The police did not knock at our door, but when 4 fire vehicles and a ladder truck showed up at the bar on the shore we both thought, “this is liven’ “.  When the Coast Guard showed up outside the gunnels, we both exclaimed, “Surprise”, as if it had never happened before.

The Coast Guard just wanted our names and to see if we had seen Don Johnson or anyone else speeding away from the scene in a boat, but unfortunately we had missed all that action while down below.  Go figure.

We passed the night away listening to sirens, gunshots (according to Lisa), and the occasional squeal of wheels and roar of engines but basically it was just the Call of the City and we snoozed away knowing our 1” fiberglass hull could protect us from almost any government or gang onslaught.

We won’t bore you with the details of the morning, but suffice it to say we had a fine Morning and a well earned passage back to the berth.  It is possible that there was bit of adventure along the way, but you will have to wait till the next update as this was truly a near perfect weekend.

Look for an update late tonight. The crew of Beyond Reason have left the dock. Sent via the Samsung Galaxy S™ III, an AT&T 4G LTE smartphone 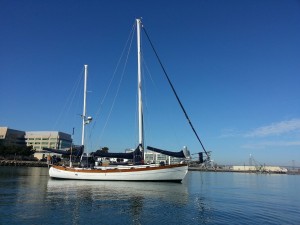 Another week is passing us by.  Lisa has been up North hanging out with our daughter and her new grandson Parker.   She will be heading home today after making another Grand Stop at the boy’s house to visit the rest of the grandsons that we have in the family; Shane and Levi.   Bill claims he misses Lisa being gone and Lisa is not sure if he misses her or if he is just pining for the days when she was gone. 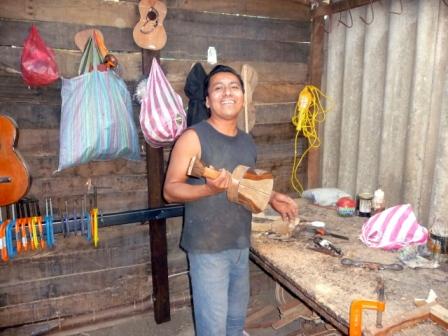 We move into a more permanent marina at the end of the month which has made us both a bit happier.  Fortman marina is a nice place to stay but somehow the clientele there is just not as party centric as we would like.   It really is rare to find anyone who just wants to stop and chat, but perhaps that is just par for the Bay Area and soon we will find that it is just as pervasive everywhere in California.

Bill is still having trouble adjusting to the new “No Bags given” rules that we discovered at all the grocery stores.   To make up for it he is asking for plastic bags at the hardware store even when he buys just one screw to make up for it.  He always takes on the big challenges, but at least we have garbage bags on board now.  We are still not sure why the rules only affect grocery stores and places like Nieman Marcus, but if the rest of San Francisco wants to crumple their new Armani suits into a canvass bag we are OK with it, we just aren’t going to buy any fancy suits.

If you have a couple of minutes you could browse over to the Dudes View and see what Bill’s latest entry is all about.   Most of you are stuck inside anyway because of the cold and if you are working you know the boss doesn’t really mind, have her drop a note to us if she does.  Besides there are no pictures this time so she won’t know if you are reading a technical document or something really interesting. 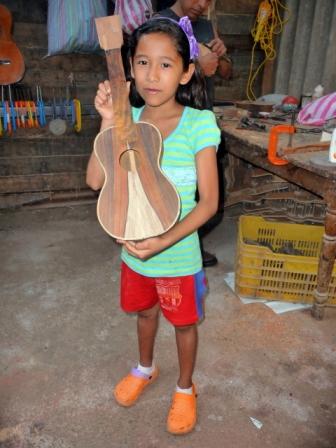 On the Ukulele front, Bill’s adopted family continues to put some nice touches on his new Coco Uke.  Kevin at Nica Tiki keeps us up to date on both the business and the Uke.  When you see the finished product you will be amazed that these Ukuleles are produced in what many of us would consider a one room shack.   The company is growing though and there are plans to build special humidifying rooms and other control factors into the process of producing these beautiful instruments.  Nica Tiki Ukuleles are selling in many of the top rated Guitar and Ukulele shops around the country and have received great reviews form almost all of the shops.  If you are out and about, stop into your local store and ask about them.   What you won’t find, at least today is one like Bill’s.

We know that the worst of the winter storms are still in front of us, but the days are getting noticeably longer and brighter already, so spring must be just around the corner, or perhaps the one after that.  We hope to get out on the bay soon but until then we will keep the heater burning and the boat cabin set at a nice comfortable 80 degrees.